Yesterday I had occasion to travel in the Delta.  The day was brisk and overcast, and the fields - many of which were the object of vigorous planting activity as late as Friday, had standing water in rows.  Water that reflected the gray sky.  Weekend rains had put an end to the planting for now.  I hope that water gets off quickly, allowing today’s sun and light winds to return the soil to planting condition.  It is getting late.

With a cousin in tow, I continued the task of sorting through my late mother’s home, preparing it to sell.  Separating 60 years of accumulation into keep, sell, or trash (mostly trash) has become a tedious task.  Only occasionally was I rewarded with a photo of an unseen relative (most notably a great grandfather about whom details were sketchy) or an obituary that provided names, places, and details that an amateur genealogist thrives on.  But mostly, it was discarding old clothes, sewing patterns, or recipes.  Fabric that was never stitched into that article of clothing,  cookies that were never mixed and baked, pans with broken handles that held an unknown sentimental attachment.

We managed to find time for lunch at Midway Cafe in Tyronza (get there early before Clara runs out of the chicken fried steak, and order your pie with your meal so you get the kind you want.)  We also visited the Marked Tree cemetery and solved a mystery about the location of a grave.  Then it was back to sorting through things. 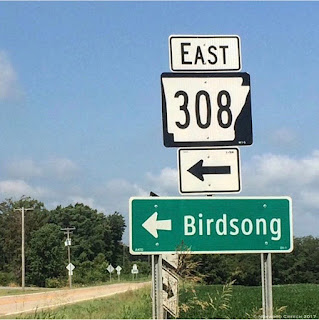 I was alone at the end of the day.  I distributed some photos to friends in town, and bought a Diet Coke for the road.  As I turned south onto I-55 at Lake David, the sun came out.  Everything is going to be OK.
Posted by ArkansawRiverWriter at 7:00 AM